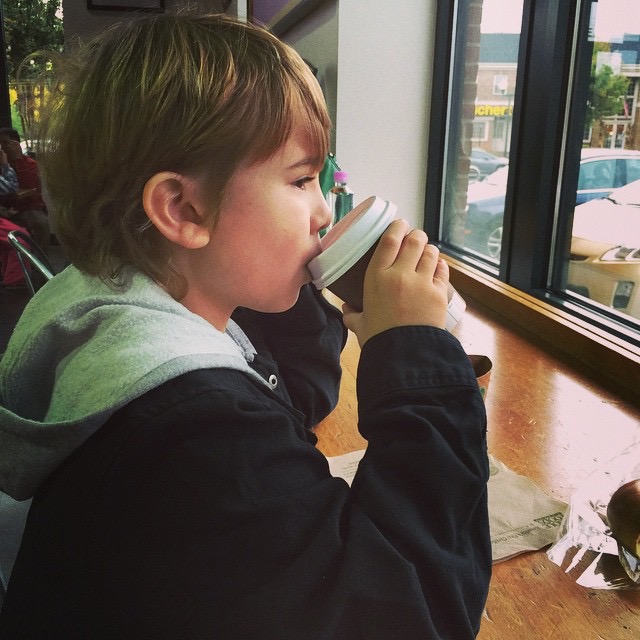 Eggs, EpiPens and the Creative Process

Last night while I was making cake pops for an order, I was comparing recipes, reading about what milk protein does to chocolate, tinkering with egg and milk substitution formulas and thinking about how much I love Rose Levy Beranbaum. My husband walked in to scavenge for dinner because I've flat out stopped cooking for my family. (Yeah, so all those people who ask How I'm Doing It All? I'm not.)

He looked down and said something about the fact that I was holding my place in a cookbook with EpiPens. Which really is pretty funny. Maybe that should be the picture on my homepage. 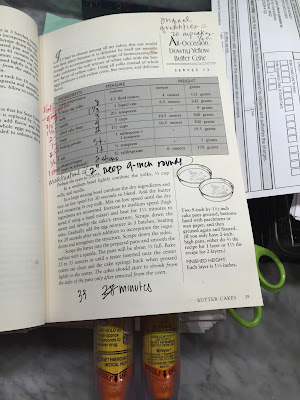 Now, I don't just leave EpiPens lying around, please don't fuss at me. That story is coming. But you'll notice I haven't weighed in on the great EpiPen debate. It's not even a debate, right? It's just plain immoral. We are SO lucky to have incredible insurance (thank you, Total Wine), so I didn't pay much for ours. A few people have asked me what I think, and I am of course outraged. For all the reasons smarter people than me have written about. But from my own (lack of) experience with EpiPens, here is what concerns me:

Cole is extremely allergic to sesame. Until last year, he had never ingested it except in the oddly acceptable highly-processed sesame oil that's in Brach's candy corn. In fact, the few times we've used sesame oil in our cooking in the past, even though he didn't eat what we were making, he wheezed. Presumably from having it in the air. So we stopped using the oil altogether. Last summer, he accidentally ate a pita chip that had sesame seeds in it. He spent hours in agonizing pain, wrapped around a toilet and wheezing. When I told our pulmonologist about it a month later, he got mad at me for the first time ever. "You should have Epi'd him. It's not a last resort, it's a first resort. If two hits off his inhaler aren't doing the trick, you need to Epi him."

See that's the thing. For all these years, I've been kind of afraid to Epi him. It seems dramatic and scary, plus there's the whole calling 911 thing afterwards. But the truth of the matter is, it's not a big deal. It's a life-saver and we should be reaching for it when there's ANY QUESTION.

But it's also a pain in the butt. I hate checking the expiration dates, having to schedule an appointment to get all the refills every summer before school starts, stocking my purse, the kitchen, school, the pool bag. And that's where there's risk, in my mind . . . the parents who have never used it, that are a little nervous to use it, and, oh, by the way, it's going to cost you $600 now. On top of the inhalers and allergy and asthma medicines you're already buying. What's the chance they're going to think, "I never use it anyway, the ones from last year are still good until October, I'm sure that's fine ..."

Anyway, the reason I had the Epi out was because I egg challenged Cole yesterday. But we failed. Cole is slowly, very slowly, outgrowing his milk allergy, and a few times in recent years, he's also been exposed to egg and gotten through it with just a stomachache (as opposed to the projectile vomiting of six years ago). He's been on me to slip him a little egg baked into something without telling him (so he won't psyche himself out). I'd NEVER do this with tree nuts, shell fish or sesame, because those allergies are severe for him.

But yesterday, I set aside a dairy free cupcake from an order . . . there were two eggs baked into a recipe for 24 cupcakes. He gobbled it down after school. Five minutes later, he got very tired and went to lie down on the couch. That's why I got the EpiPen out. I was expecting nausea, and suddenly I thought, Oh my gosh, his blood pressure is dropping. The jig was up. He sat up and asked me if I had put milk in the cupcakes because his throat was hurting like it does when he eats a brand of granola bars he likes (that have a dairy cross contamination risk). Rats. I fessed up, "It's egg, not milk," and gave him some Benadryl. He grumbled about a stomachache for about an hour, and everything was fine after that. But we agreed, no more tests for a while. We're due to see his allergist at the end of this month, so we'll figure out a game plan then.

Anyway, when I got up (at 5:30!) this morning with my middle schooler, I was clutching my coffee in the dark and looking down at that cookbook with the EpiPens in it, and thinking about how poetic it was. I was thinking about some projects I'm working on, and I realized suddenly with a big smile that all of my customers are my co-creators. I'm not a typical baker. Everything I do is customized around not just allergies, but how people want to celebrate something or someone. And while there are lots of people who just say, I need a cake, decorate it however you see fit, in most cases someone says, "He loves nature," or "Is there a way to work horses into this?" or "She hates girly colors." So we become co-creators of something really cool. And that made me really happy. Until the middle schooler asked me to cook him some breakfast.
Posted by Nicole at 9:37 AM 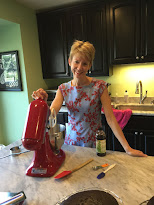